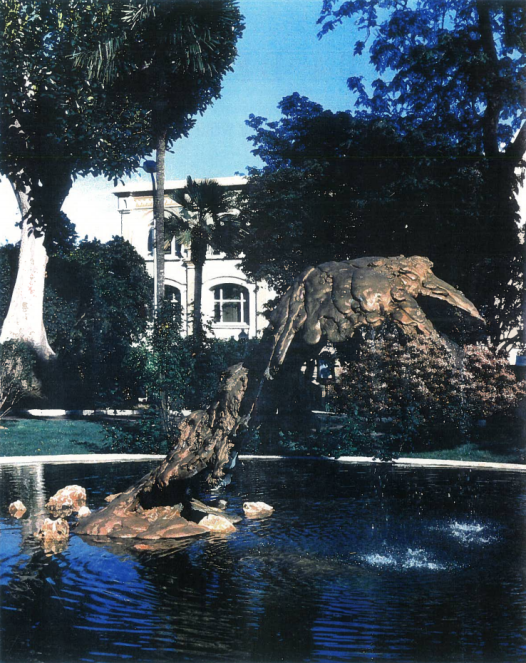 The Wave, created by Lynda Benglis for the 1984 World Exposition in Orleans, is finding a new home in City Park.

Sometimes, just sometimes, communities can actually get together to do something that transcends politics.

The greater New Orleans area will soon see such an event. Through a collaboration of the City of Kenner, New Orleans City Park and the folks at the Helis Foundation, the public good is going to be served in the most artistic of ways: with the installation of a very special, long-missing bronze sculpture. Created for the 1984 World’s Fair in New Orleans, The Wave is getting a new home in City Park.

For Chris Alfieri, a New Orleans-based defense lawyer and lover of the visual arts, this journey bridging past and future has been an adventure of a most unusual kind. It all began with an unexpected phone call from Lynda Benglis, a Louisiana native who has made a name for herself as one of this country’s most important contemporary artists. She had found a missing bronze artwork from her past — and in a really odd place, too.

“Lynda told me that she had created for the 1984 World’s Expo a very special sculpture called The Wave, and that somehow it had ended up on a loading dock in a sewage treatment plant in Kenner,” Alfieri recalls. “It had been there for 30-plus years and she wanted to get hold of it so that she could repair and restore it. And did she think I could help her do that? Of course, my immediate response was yes.”

Sitting out on a loading dock for decades had not been kind to The Wave.

“What I tried to communicate to them then was how important it was to have the living artist restore it,” [said Alfieri.]

By May 2014 an agreement was reached to allow Benglis to transport the sculpture back to the original foundry for repair. But shipping a 2-ton, 19-foot-tall sculpture to New York proved to be a challenge. Jessie Haynes, Deputy to the President of the Helis Foundation, picks up the story.

“So Chris Alfieri comes to the Helis Foundation and we start discussing the possibility of how The Wave can somehow be brought to public view for enjoyment by the entire community at large. That’s what the foundation does; we strive to bring arts access to the entirety of the New Orleans community.

“Aside from that being our mission, I, personally, as well as David Kerstein, the president of the Foundation, was very familiar with Lynda’s work. She has pieces at the New Orleans Museum of Art, at Ogden.”

Read and listen to the complete interview on WWNO.org.