The New York Times: “Righting Wrongs and Generating Attention for Art of the African Diaspora”

By The Helis Foundation October 16, 2016 The New York Times 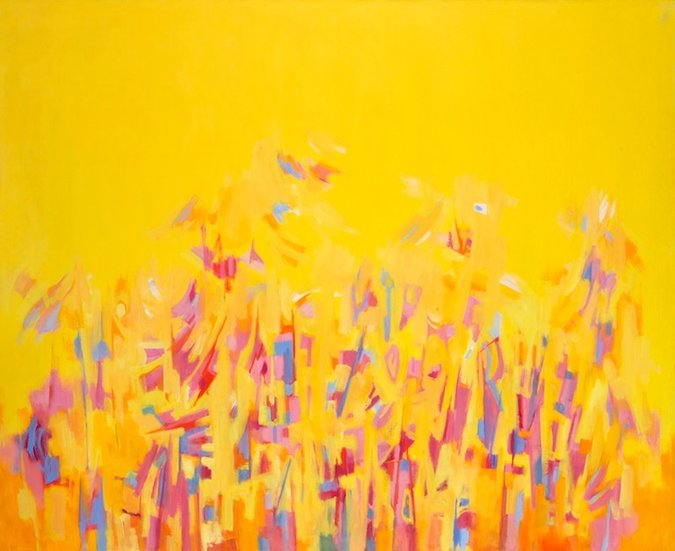 “Afternoon” (1969), an oil painting by Norman Lewis. Credit Estate of Norman Lewis, via Michael Rosenfeld Gallery and the Art Institute of Chicago

Sheena Wagstaff, chairwoman of the Metropolitan Museum of Art’s modern and contemporary art department, was relatively new on the job in 2013 when Pamela J. Joyner, a prolific art collector and supporter of artists of African descent, invited her on a trip to Washington to visit the studio of the Color Field painter Sam Gilliam. They looked at Mr. Gilliam’s in-progress pieces, a series of striking works with a thin stream of paint poured on board.

Ms. Wagstaff knew the Met owned a Gilliam work, “Leah’s Renoir” (1979), somewhere in its collection, and the visit “prompted me to take a second look at it.” Later, Ms. Joyner donated money to buy another Gilliam, “Whirlirama” (1970), and next year there are plans to exhibit both when the Met reinstalls its modern collection. “Pamela is such an informed champion of her artists,” Ms. Wagstaff said.

That trip to Washington was one of the many ways that Ms. Joyner, 58, exerts her power as an art-world influence behind the scenes. She has relinquished a successful business career to become what she calls a full-time “mission-driven” collector of a very specific niche: Abstract art by African-Americans and members of the global African diaspora. Now she leverages her relationships with the Met in New York, the Tate in London, the Art Institute in Chicago and the San Francisco Museum of Modern Art to help these artists gain traction in the wider world.

“It’s no less ambitious than an effort to reframe art history,” said Ms. Joyner, who sees herself as righting a wrong. “First, to include more broadly those who have been overlooked — and, for those with visibility, to steward and contextualize those careers.”

The Los Angeles artist Charles Gaines, whose Abstract and Conceptual work is in her collection, said that “Four Generations” crystallized his longtime thinking about the context of his work as part of a continuum.

“Pamela’s book is the first legitimate academic effort to theorize some of this material,” Mr. Gaines, 72, said. “It’s a pioneering effort.”

About 60 works from the Joyner/Giuffrida collection will tour in a museum show, “Solidary and Solitary,” beginning next fall at the Ogden Museum in New Orleans. Ms. Joyner buys about 30 works a year and has never sold one, she said, although she has donated them to museums.

Read the entire article on The New York Times.